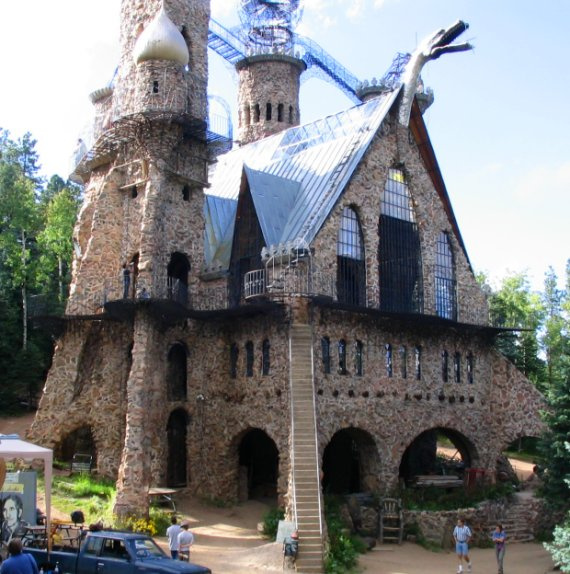 Taco Star was for the mexican mexican  not persay american american –   it was a fine tostada to go visit the above pile of rocks.  no, the beans weren’t the rocks  and the rock pile above spreadable! returning was raco bell for american in the guise of mexican.  it was also good .

the point isn’t the meals both tollerable and caloric even sorta tasty!  but the feeling of seeing a dream up.  no, obviously not done but realized enough you can dream along.  having fun imagining.  the dream as is was frightening to me.  the walkways small and thus evil slippery as it’s open and thus grit/dust/sand/dirt whatever to slide to one’s quick death.  the balconies were indeed a masterful thing that just felt the floated …but step on one and feel it not vibrate but bend?….and this means look down from heights?  frightening.  everywhere in progress but not like DONE.. that irked me more and more!  to see the choices to know the odds to feel as i did anyways.  i left a bit sadder for dreams.  but at the same time i could feel the place that weight of it.  it’s still moving and as it’s free -donations accepted of course and perhaps the feeler at the popcorn station will be just the right age to be…the real mccoy? jim bishop?  one doesn’t know.  but i challenge anyone serious about imagination to visit. be it the possibilities in stone and dreams?  or how grisley was the murdery tidings?  is that tree there? fertilized by ms ashcroft?  what happened the night the sky rained sideways tohide the thump as what really did go down?

Did you have a good weekend?!

What a cool castle!

😉 odd that would be the first major sighting coming into this trip town past another town that also is a memory as sadly the soul not with is/was on the way. (sistermae of Xanga I was riding past the closest town to where she lived on my way her to now the fabulous Missouri in august…did you know it’s warm here?