Beer and Wine time.  The 14 x 9 wine rack’s STILL empty here.  Beer still beckons in its own right, too.  Remember I still have this overcast hint of clouds saying i can’t really drink here and that the house current interest is Diet…so I doubt anything of these thoughts will even remotely materialize…and frankly, it’s better if the diet succeeds as it’ll result in life changing decisions perhaps that might move move not to the written in the stars destiny thing persay but at least blown wherever the winds of fortune blow.  (sis boyfriend considers losing weight in which to make a life dream of militaryservice come true if he can make weight/fitness… this likely means the reality of mariage not for white-wedding love but reality of paperwork to include her in this likely movement about the globe that is service . this means I likely wont go with and I just moved here.  dont worry 30 something pounds isn’t either impossible to lose nor will it happen this month but more likely into the new year.  don’t worry about the cringe part of other people’s hopes but hope with me too my little plans move along too so this is a good thing versus an irritation 😉 )

I resist the temptation to move ahead into more and more of the world of tastes that is beer educdation such with the no real bar at home means I just am left $4-$32 a beer at the Circle R gastro pub as it’s the goto in beer not unlike the old chicago in cities/subburbs more chain-like.  I can consider gathering a chot at ONE round of beer brewing at home.  consider lol as right now the other main room is puppy power and this one a storage unit type that’d have to be heated to keep temp for brewing.  cornelius kegs or the keg size for small home batch brewing is what it is as I know I dislike uncleared beer i.e. with live yeast in the bottles and i cant maintain the energy to risk a beer tragedy of the bottles bursting clean up and try try again.  but it sure does interest me to make a repeatable not in personal gas vented but a batch remade closely to continued yummy.  but, a bucket is 30 a fermentation lock is a buck  the beer cleaner is 3, the tubing is 4, the keg used is 100, the tank to pressurize it with bubble filled is about 40 with the tap the actual kit or grain bill/yeast/hops is 40-70 the pop to sparge the wort which is to say convert it’s starches some back to simpler sugars that brew is 40 ish but here I may borrow sundry cleaning systems are about another 20-30 or don’t get out the calculator and add it up and think bye bye paycheck – just note it aint free and it’d suck if the house dreams listed came true mid brew.  or it’s be silly to just yet start a beer education card at the beer joint when I’m NOT ready to be free with my intake still.  I still haven’t managed not one day of course one is possible but I want two days minus alcohol intake and thus closer to a proven record of more than half the week alcohol free versus a day off here or there.  yes, it is rough when one hasn’t anything better to do than drink then wants to be different as it just is easy to change but it isn’t certain overnight – certainty takes time.

but wine now.  why not work on that wine rack?  i don’t like wine alone as i don’t want the whole bottle.  most wines are literally better if they do NOT age.  andyet what fun it’d be to see progress on that rack. 126 wines worth of choice ora solid year with sunday gathering wine and the occassional one just because.  that’s quite a rack. it means at around 8 a bottle which if purchased in bulk at discount meaning the tax is comped one can not expect to fill this for much less than about a grand which is a quarter of good paychecks not a week!  and oo baby would it blow seriously to see it filled and wave buh bye to it via life changes.

reds, whites, sparklings, dessert, specialty and fortified wines comprise the bulk of wines I know to classify.  some reds actually can be made as whites if the skins of the grape never touch the wine.  some wines are not picked fresh but raisened for a stronger wine – I’ve had an ice wine as they tend to be called and they’re interesting too.whites are wimp-water by taste often yet hangover fuel city. I never remembered to try a dessert wine persay. I have had and like fortified wine if you mean amontillado sherry, but I havent done port….and technically amaretto is not a liqeur but similar to sherry/port…. I think.  lets face it too, $8 a bottle is choice but not storing wine but table stuff that the sweet of it turns sour gross soon enough. so 14 is closer to storing class wines… so fill that rack now and its more like a years savings on what I make.  so again note the very reality  then lets dream anyways!

in general i like sweeter and bright bold wines so I naturally avoid merlots- which often are spicier – woodier and most often if any good dryer…but not always, there is sweet merlots – this however is only MY impression of the spectrum of offerings.  I thus like a good pinot noir and cabernets… chianti is often beyond my budget as last place i saw them was like 30 a glass.

I like the silky smooth Tikal brand La Patriota wine from argentina.  it’s dang good.  i will forever remember droppin one on the way home as my bag broke right in the middle of crossing a fairly busy generally road at night…think oh I just bet the bottle  that broke was the argentine wine so I can laugh forever as murphy’s law says the bottle that breaks is the most expensive and sing to me dont cry for me argentina…. yep, turned out to be true.  later i gave one of my previous work’s chef’s a bottle and? 2 days later he didn’t work there anymore 😉 why? one just doesn’t always go home and swill a bottle of wine first thing…he invited his lover over the next night and kaboom was the result in perhaps more ways than one.  reds can also offer up a MEAN hangover 😀  later I gave the promoted up cook/lead one and called it big girl wine as she liked sweeter onees… but as i knew she lived with another work nurse, it was a metered with that info in mind gift… to see if both enjoyed a truely higher offering – it surprised me none that it was enjoyed but not a smash hit.  say nothing of my own wows of cracking into an exceptional wine experience  good from beginning to end with the saddness of the last drops… be aware this is what i mean by prizes in a collection.

and a newer surprise, 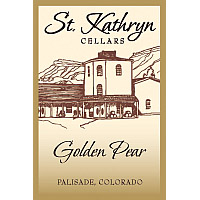 St Kathryn’s Golden Pear Wine.. yeah yeah, not a White wine but a desserty offering whatever, your mind classifies as it does… so does mine!

if ever one thinks sherry..

I’ll never forget learning amontilado was a wine when I read poe then came of age and read a label i could afford and it was? my first memorable sherry experience, Osbourne Amontillado. mmm. nutty and mmm.

well, I may buy a box of Optici Sangria January and risk expulsion from the house as I know the Diet is likely lifestyle switch… or remain sane but if I keep WINING…pun, I’ll miss dinner.  Cheers!

Are ye a beer and wine connoisseur?
Missing dinner would not be good! 😉 😛
I had rootbeer the other night in celebration…it was fizzy and yummy and made me goofy! 😉 Yes, even goofier than normal! 😛
You’ve been posting a lot lately! I can’t keep up! 😮
HUGS!!! 🙂

I was sad I looked up my stats and that I hadn’t posted YOU a single thought as lol keep healthy woman, you’re like my only commenter lately 😀 and well, I sat to the interesting, I mean wow, I can get a mini bottle of the good good stuff for a fair enough robbery price, I can dream of clams ala fine dining in a small town a world away after a funky tree jail and look forward to a lawn chair concert with hopefully beer 😀 am I a beer/wine conna what? too lazy to look up how to spell that sewer word…and it’s traditionally one I actually forget how to spell correctly like the word for a massage person too…well, since 2004 I’ve began with making jelly drinks ala cheap spirits and went forward to a fine fruit punch with only spirits and liqueurs o I think the big-mammoried lass called it sex in a glass or something to me dumbass sounding but with the lowest spirit/liqueur being 30 proof and the highest 96.. you get the idea that it’s rather amzing you can stand up let alone pretend coherence after one. 😀 Inever really was big on wine so while I know a few of each variety, I’m not exactly a smelly eh… sommelier. 😉 beer, I’ve probably done a good 60% of the selection of a beer by the block sized mega beer store’s selections.. I rather prefer commercial offerings over anything “craft” which to me is oftren overpriced CRAP.. the oddest spirits I’ve tried are amarula and zirbenz. the nicest loking cocktail I ever had was an aviation with that pretty picture you saw in all of this interesting stuff but it was nasty enough/boring just like http://www.candywarehouse.com/assets/item/large/chowards-scented-gum-125355-w.jpg I like fancified boiler makers like a black raspberry Newcastle or a cheapo fruit juice and beer like apricot necter/coors… or if I have a bar handy a proper lunchbox which is oj/amaretto or sherry with beer to fizz. mmm but since you’re on the rootbeers 😀 let’s gather and have a round of polar birch beers? we’ll pretend we’ve some Canada in us Eh?